You are here: HomenextAboutnextWho, What and Why - Medieval Bray Project Website 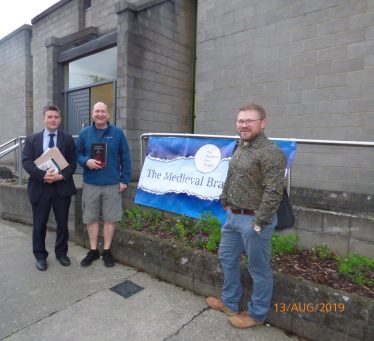 zoom
After Battle of Bloodybank and the O'Byrnes Talk at Library - David Mc Ilreavy, Roger Turner and Emmet O'Byrne
The Medieval Bray Project 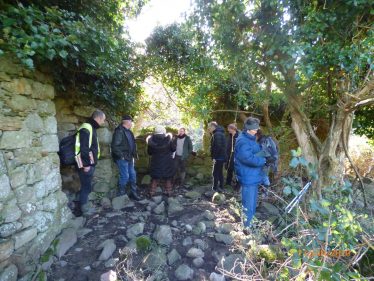 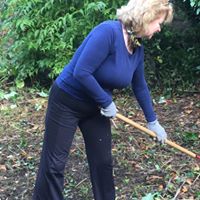 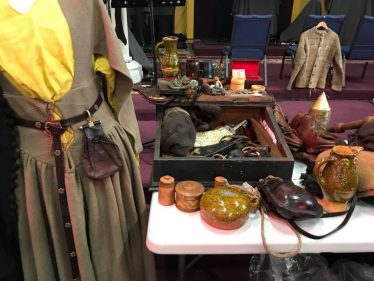 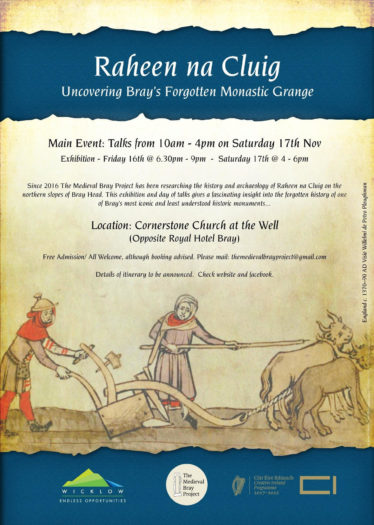 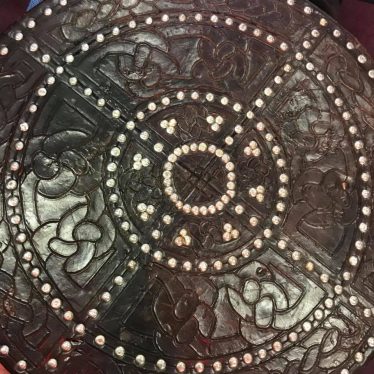 The Medieval Bray Project (MBP) aims to tell the story of Bray in Medieval times through carrying out hands-on archaeology and researching historical sources.

This project is focussed on the research and telling of the story of the Medieval Manor of Bray, Co. Wicklow during the period 1207-1542 AD.

From its time under the feudal system of the de Ridelesford family to its time of as a marcher manor on the borders between the Anglo-Norman Lordship of Ireland and Gaelic Ireland, the manor of Bray witnessed dramatic turns in its fortune.

Medieval events of note included the epic battle between the O’Byrne Clan and the citizenry of Dublin aided by the Walshes’ of Carrickmines in 1401 AD and the visit of King Edward IV in 1469AD. Recent research of the Ballyman area has allowed us to explore the occupation by the Knights Templars of areas on the outskirts of Bray at Ballyman, and also the role of the Medieval Church in the area.  The research carried out by the Medieval Bray Project is mindful of the findings of  Elizabeth O’Brien who conducted excavations at Ballyman. Co. Dublin. Here is a link to the Excavation Report E182 at Ballyman, Co. Dublin (1979-1986) Click here
These are just some of the significant events witnessed by the manor of Bray during the period 1207-1542 AD.

What have we done

A geophysical survey was carried out in the vicinity of the Raheen a Cluig Church situated on Bray Head. Many volunteers took part in this successful exercise which was headed by Susan Curran from the School of Archaeology in UCD.

Excavations at Raheen a Cluig

Following this two excavations took place during the Summers of 2017 and 2018. Our members together with all interested parties worked alongside our resident archaeologist and project leader together with visiting archaeologists and historians. These Excavation Reports were brought to publication stage.

Talk on the Battle of Bloodybank

Talks held locally included one given by Emmet O’Byrne and David Mc Ilreavy dealing with the Wicklow O’Byrne clan and this attracted enthusiastic local interest, dealing as it did with the Battle of Bloodybank in Bray during the 1400’s.

During 2018 expert speakers in the medieval field contributed to a successful history seminar and exhibition. At this event local school children under the guidance of Sharon Wells, completed drawings showing their interpretation of events at Raheen a Cluig. Separately weapons and battle garb was on display with an expert detailing how and why this equipment and dress was worn. Link to poster display.
Press Here

The core group and others have participated in sourcing information for inclusion in published articles. Field trips are ongoing. Local Medieval Churches and sites serve as a kick off point for discussions and engagement these include Old Conna Church, Kilcroney Church, Ballyman Church which is situated near an area settled by the Knights Templar. Information about these events and works are to be found on this site under Places, People and Topics.

Works in the pipeline

One of our members is taken with the idea of running a Medieval Fair at a local location. The Church in Old Conna cemetery will possibly be surveyed by our group with the blessing of the cemetery owners – Deansgrange, and the Office of Public works who are custodians of the church. Further works may be carried out on the area around Raheen a Cluig. There are a number of sites around Bray that we are currently looking at to conduct geophysical surveys if we can source the expertise. The Rocque Map along with other maps guide us in our medieval journey as do a number of historians including Mary Davies,  and …..

People with a casual interest in Medieval history and archaeology are very welcome and there is also room for those who wish to give up some time and effort to all aspects of our work. There is research to be done, clearing and manual work to be carried out and the website will become hungrier for content. So we like to think that anyone who has an interest in the Medieval history of Bray and indeed Medieval history and archaeology in general would feel welcome with our small band of people who passionately want to share and explore of bringing history to life for our community. At the moment the core group consists of six or seven people who aim to meet with elastic regularity.

Surveys or archaeological investigations typically attract a wide range of interested parties but there is a lot of preparation work to be done to get the show on the road so to speak. We will typically put up a notice up on our Facebook page and all are welcome to have their email addresses included on our mailing list.

We are engaged with this website and members of the Irish Community Archive Network iCAN to link in with other people and groups who have similar interests.

Who Created this Archive

This website is created and managed by a group of volunteers in The Medieval Bray Project, in partnership with Wicklow County Council and the National Museum of Ireland. The Medieval Bray Project is a member of iCAN (Irish Community Archive Network).  Should you wish, this link will bring you to  iCAN
if you want to find out about the broader project of which this website is a member.

Contributing to the site

You can add a comment about anything on the website by clicking on the ‘Add a comment’ link at the bottom of each page. You can also submit your own photos, stories or information to the site by using our contribution form.

A sincere thank you to all who helped to launch this website: the Wicklow Heritage Office support encouraged us throughout this project and the National Museum whose staff were consistently available to guide and educate us.