You are here: HomenextPeoplenextThe O’Byrnes - central to the story of medieval Wicklow

The O’Byrnes - central to the story of medieval Wicklow

Wicklow was a unique area in medieval times.  Its mountainous terrain allowed an island of Gaelic society to persist on the very edge of Dublin and its Pale, within striking distance of the centre of English rule in Ireland.  It was, in fact, the last area in Ireland to be formally established as a county, as late as 1606, reflecting its tumultuous medieval history. The key Gaelic clans that exercised most influence in the area during these centuries were the O’Byrnes and the O’Tooles. This short article gives an overview of the history of the first of these, the O’Byrnes. 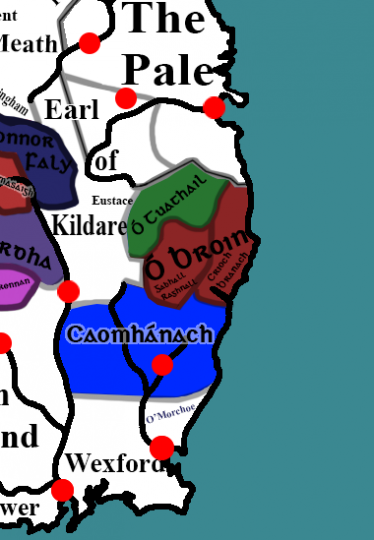 Before the coming of the Normans to Ireland in 1169, the ancestors of the O’Byrnes resided not in Wicklow but in the richer countryside of what is now county Kildare. They were referred to as the Uí Fháeláin, the descendants of Fáelán.  This particular Fáelán died in 738. He was a member of the wider Uí Dúnlainge dynasty, who provided kings of Leinster at various stages during early medieval times.  One of the descendants of Fáelán, Bran (or Bróen) Mac Maolmórdha, also became king of Leinster.  He was deposed in 1018 but the name O’Byrne (Ó Broin in modern Irish) appears to be derived from this Bran (or Bróen).

The subsequent movement of the O’Byrnes into Wicklow reflected the impact of further Norman incursions. These forced Gaelic lords who had been on good land, such as the O’Byrnes (and the neighbouring O’Tooles), to retreat into more mountainous and poor land, which in their case lay to their east and south in what is now County Wicklow. There are no detailed records of this migration but by the early 1200s, the O’Byrnes were in effective control of much of the territory of what would become Wicklow, apart from the northern and north-western part in which the O’Tooles (Ó Tuathail) had become entrenched.  There were also small pockets of Norman control around the towns of Arklow and Wicklow. The O’Byrnes, however, were a dominant force in the area and remained so for centuries.

As was typical of an Irish sept or clan, the O’Byrnes were not a monolithic structure.  There were various sub-chieftaincies within the overall O’Byrne lordship.  These formed a complex and changing pattern but a division of the sept into two principal branches started to become apparent over time (see Figure 1).  The more senior branch was generally termed the Críoch Branach.  They effectively ruled the area east of the Avonmore river from Delgany southwards towards Arklow.  The more junior branch was called the Gabhal Raghnaill, named after one Raghnall Ó Broin, and this branch controlled the more mountainous area stretching from Glendalough towards Shillelagh. 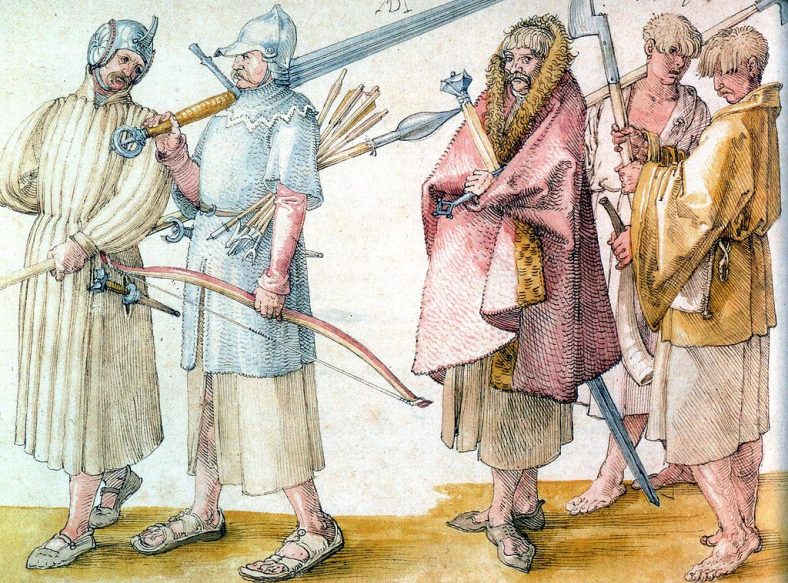 The relative strength of the two branches was often unclear, but it is apparent from an English document of about 1480 that, at that stage, the Críoch Branach had the capacity to put much greater resources into the field of battle.  Specifically, they could muster 60-80 gallowglasses, 88 kern and 60 horsemen.  A gallowglass was a fairly heavily armed elite warrior, while a kern was a much more lightly armed but more mobile fighter (see Figures 2 and 3). This was a formidable fighting force by any standard.  In contrast, at that point, the Gabhal Raghnaill could muster only 40 kern and 8 horsemen, with no mention of any gallowglass.  This may have reflected the different areas controlled by the two branches, with the Críoch Branach based in the more fertile areas of east Wicklow and the Gabhal Raghnaill in more mountainous terrain. 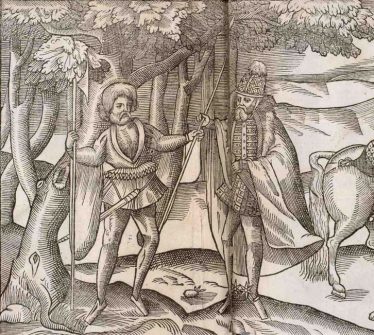 Figure 3: An Irish Kern and his Lord
from John Derrrick – The Image of Irelande 1581

As was usual for Ireland during medieval times, it was not a straightforward case of unbroken conflict between the O’Byrnes, their neighbours and, increasingly, the forces of English control.  There were constantly shifting alliances and apparent temporary submissions, as the various sides accommodated each other to a greater or lesser extent. Conflict was frequent, however, and the so-called southern ‘marches’ of the Pale (exposed areas not under full permanent control), including Bray, were constantly in the firing line. One of the most famous battles involving the O’Byrnes was the so-called Battle of Bloody Banks.  It took place in what is now called Sunnybank in 1402, just to the north of Bray town itself.  This conflict is described in more detail in a separate post on this site.  This battle resulted in a heavy defeat for the O’Byrnes and their allies, but there were other occasions when the outcome was very different.

Over time, however, ‘divide and conquer’ techniques and ‘surrender and regrant’ policies, where Gaelic lords surrendered control but got lands back, had a cumulative impact.  In the case of the O’Byrnes, the Críoch Branach branch effectively became incorporated into the area controlled by the English Lord Deputy during the 1500s.  The Gabhal Raghnaill, on the other hand, remained implacably opposed to Anglicisation and English control. 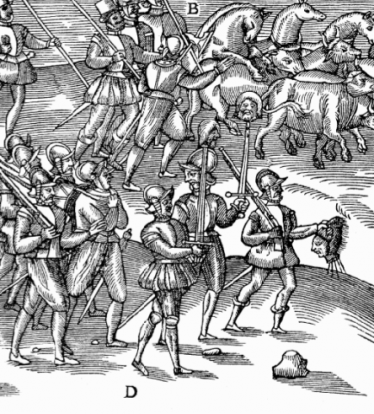 Figure 4: English soldiers with heads of defeated Irish
from John Derrick – The Image of Irelande 1581

The latter became more powerful and aggressive under the leadership of Hugh McShane O’Byrne in the mid-1500s.  It was his son, however, Feagh (Fiach) McHugh O’Byrne, who was the most famous but, in practice, the last O’Byrne to mount effective sustained opposition to English rule, including a notable and devastating victory at the Battle of Glenmalure in 1580.  His reputation was such that when he was finally defeated by the Lord Deputy in 1597 near Ballinacor, his preserved head was sent to Queen Elizabeth I.  The collection of severed heads was common practice at the time (see Figure 4).  Apparently, though, she was not pleased to see it, describing Feagh as a base ‘Robin Hood’.  She was annoyed that the Lord Deputy had, in her view, lost the run of himself, as he had knighted three of his followers after the victory, such was its significance to him, and she was also concerned that Feagh’s son might prove to be equally formidable.

In practice, however, the fortunes of the O’Byrnes went into a sharp decline after that, as was the case for most of the old Gaelic order following the loss of the Battle of Kinsale in 1601.  Feagh McHugh O’Byrne’s son and grandsons managed to hold on to some of their land until the rebellion of 1641 but, after that, their tenure and their influence seems to have come to an effective end, having dominated much of Wicklow for the previous four hundred years.

This summary is a short broad-brush one, but you can read a lot more about the O’Byrnes and medieval Wicklow in a number of publications including the following –

It is worth noting that the images by Durer and Derricke shown in this post may not be unbiased observations, Derricke, in particular, was working for a relative of the Lord Deputy.  Feagh McHugh O’Byrne’s achievements inspired a much later well-known ballad ‘Follow me up to Carlow’ which, despite its title, centres around the Battle of Glenmalure and related events.