You are here: HomenextPlacesnextMapping Medieval Bray 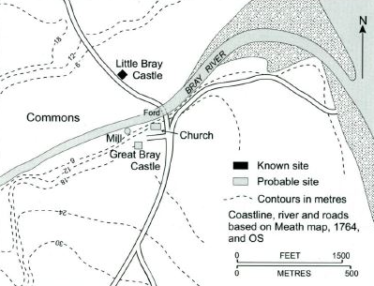 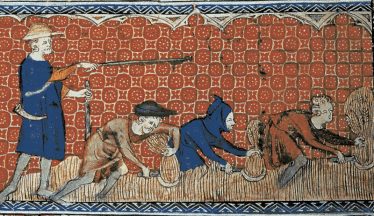 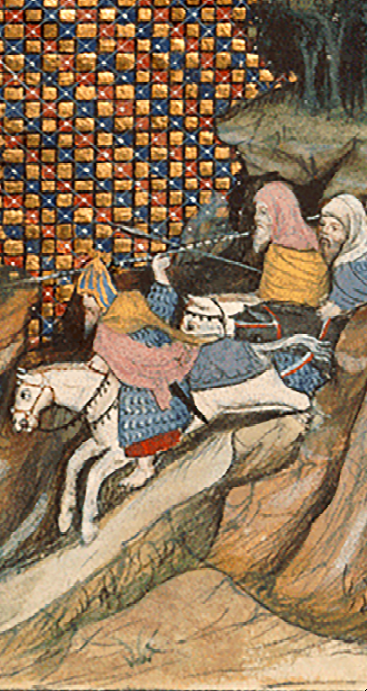 A useful source for understanding the origins of Irish medieval towns is the Irish Historic Towns Atlas series produced by the Royal Irish Academy.  Number 9 in this series was authored by K. M. Davies and relates to Bray. The author uses information from early maps, such as the Meath map of 1764, as well as written information from medieval sources, to trace the outline of the what structures were in place in medieval times.  Some of the key points are summarised below.

Bray before the manor

Before the coming of the de Ridelesfords to Bray, there are a few indications of settlement, including Dún Brea and the episcopal church of the bishopric of Brea. The first of these may have been located at the site of the Martello Tower at the junction of Seapoint Road and Strand Road in the modern town.  The second would seem to have been situated in Killarney townland, possibly at the modern Fairy Hill.

However, the largest estate prior to the development of the manor may have been a place known as the Deartech.  This estate was c. 240 acres in extent, and was probably based around a church and small settlement.  It may have featured in the early Irish saga of Togail Bruidne Dá Derga (The destruction of Dá Derga’s Hostel).  The Deartech was probably based on the modern seafront, southeast of Convent Avenue.  The well-preserved second century AD Roman burials uncovered between Convent Avenue and Victoria Avenue may indicate that the origins of such an estate stretched back to that period.

In terms of infrastructure there was already a ford, albeit dangerous during high water, which crossed the modern Dargle River west of the modern bridge around the end of the People’ Park.  No bridge existed, although there may have been a small mooring place for river boats at a place called ‘the hollow’ at the base of the modern bridge.

What was a medieval manor?

To understand how the manor of Bray was developed it is important to have a clear idea of what a manor was. The area of land that it was built on was called a fee and was usually granted from the king or his senior barons for the maintenance of a knight and his household.  Later, fees could also be granted which were not connected to military service. It is likely that the original de Ridelesford grant was of lands which had risen in revolt against Henry II during the Great Revolt 1173-1174 AD, and it was meant to give Walter de Ridelesford senior enough lands to maintain control over this part of eastern Leinster.

To grant land is easy, but the manor is the infrastructure which makes the grant of land generate wealth for the owner.  This can include the buildings that the lord erects, such as roads, mills, fences etc, housing for himself and his servants and tenants, but also non-material elements such as manorial courts, manorial accounts etc.

In the case of Bray, the new development was probably based around a mill on the modern River Dargle (see map).  The control of a mill was of great importance to a manor, as it allowed the processing of cereal crops such as wheat, barley and oats into flour, which could be stored more easily and sold for higher prices.  The lord, such as Walter de Ridelesford the younger, as the man who paid for the construction of the mill would have had control and would have charged farmers on his land for its use.

On the high ground above the site of mill, to the west of the modern St Paul’s church, Walter junior may have sited a castle to control his new estates.  It is unlikely to have been a motte and bailey, and could have been a shell keep design, where there was no central ‘tower’ structure, rather buildings backing on to a circular enclosure wall.

Walter the younger probably also encouraged the exploitation of the modern River Dargle, as we have archaeological evidence for a small jetty-like structure immediately under the modern bridge. This would have allowed river craft to land goods and fish the river.  Walter the younger would also have been able to charge people for these activities.

One way that Walter the younger could help develop his new manor without spending money was to grant estates to the church.   He did this in Bray by granting three churches, including the Deartech, to the nunnery of Graney founded by his father in Castledermot.  By doing this, the church would ensure the lands associated with the churches were well-settled and productive.

Within probably ten years of the development of the manor of Bray, Walter the younger had applied for permission to hold a fair in Bray.  This required special royal permission but meant that the settlement was big enough to attract trade from the surrounding areas.  This fair green was developed on the lower ground of Little Bray immediately to the north, over the river, from de Ridelesford’s castle and mill sites.

The fair green was placed in this area because it afforded enough space for expansion, but also for security.  The placement of the green allowed a large group of people who would come to trade at the fair to be kept out of the town proper.  To encourage trade links with Dublin, Walter de Ridelesford younger granted two properties to the Abbeys of St Mary’s and St Thomas in Dublin, surrounding the fair green.

However, the siting of Bray and the proximity of Gaelic Irish forces meant that the settlement was under constant threat.  For example, a 1311 document called an ‘extent’ records that ‘there is a certain wood outside from which the lord can take nothing on account of robbers and war’.  Three years later, the O’Byrnes and O’Tooles, based in the mountains to the south, burnt the settlement of Bray, as part of a series of extensive raids from Arklow northwards along the coast.   Further raids and violence followed throughout much of medieval Bray’s time as a border settlement.