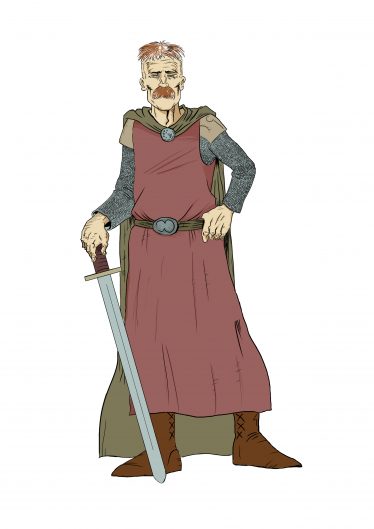 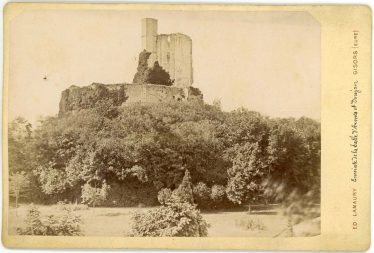 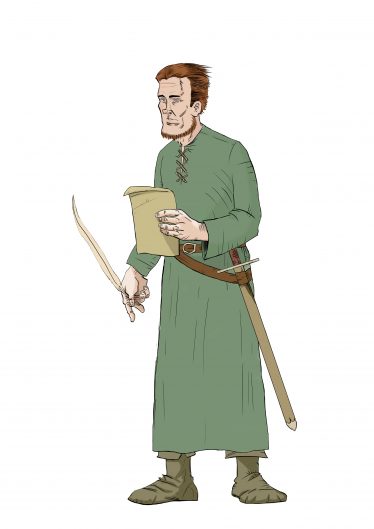 The establishment of the medieval manor of Bray was driven by one family, the de Ridelesfords.  Key members of the family are briefly described below.

Walter de Ridelesford was one of the knights who accompanied Richard ‘Strongbow’ FitzGilbert de Clare, when he came to Ireland in AD 1169.  He was one of the council of commanders that Strongbow relied upon in AD 1171 at the Siege of Dublin, and he faced down John the Wode the Viking beserker captain during the battle.

Initially given a grant of land in Castledermot, Co. Kildare, by Strongbow in AD 1171, Walter accompanied Strongbow to France to serve under Henry II, being part of the garrison at the strategically important castle of Gisors during the Great Revolt AD 1173-1174.

As a result of his loyal service, in AD 1173 Walter was granted a large speculative grant of lands belonging to the Gaelic Ui Bruin Chualann and the Meic Torcaill Hiberno-Norse family. He does not seem to have developed a manor on these lands in modern Bray, although he would seem to have granted some land at Ballyman to the Knights Templar.  This probably reflected the fact that a French relative of his (Gerald de Ridefort) had become the head of that order around this time.

Walter married Amabilis, sister of Meiler fitz Henry, another senior figure in the expedition to Ireland, making Walter an extremely well-connected Irish baron.  They possibly had five children; Walter the younger, Haket, Basilia, Sonanda and Elena.  Walter seems to have founded the nunnery of Graney, near Castledermot, c. 1200 and was responsible for grants to both St Thomas’s Abbey and St Mary’s Abbey in Dublin.

You can read a little more about Walter under his entry in the Royal Irish Academy’s Dictionary of National Biography written by David McIlreavy.

Walter the younger was probably in his majority when Walter, the elder, de Ridelesford died. His grant of three churches (c. AD 1200-1207) in the modern Bray area represent the earliest attempt to develop the manor of Bray.  He would seem to have developed close links with Eustace de Rupe and Richard de Cogan, both of whom married his sisters, and who feature in several of Walter’s charters.

Walter granted properties in the manor of Bray to both St Mary’s and St Thomas’s Abbey, Dublin, probably around AD 1225. This is the best indication that the manor was established and was growing between AD 1200 and 1225.

Walter, the younger, sided with the king during the Marshal’s War in AD 1234, and was present on 1 April AD 1234 at the Battle of the Curragh, Co Kildare, when Richard Marshal, Earl of Pembroke was defeated and captured.  In AD 1237, Walter was named as a member of the feudal army assembled under Maurice FitzGerald to secure the submission of Connaught.

Emeline was a daughter of Walter, the younger, de Ridelesford, and her father’s inheritance was split between her and Margaret, her sister.  Emeline married twice, to Hugh de Lacy, Count of Ulster, and then Stephen de Longspree.   With her second husband she had two daughters, Emeline and Ela de Longspree.

Emeline and her daughters seem to have inherited the Connaught lands of the de Ridelesford family, with the remainder passing to her sister.

Margaret was sister to Emeline above, and daughter to Walter, the younger.  She married Robert de Marisco, and had two children, Walter and Christina.  Walter would seem to have died in infancy.

Following the death of her father Robert, Christina became heir to her grandfather’s (Walter, the younger) estates in the east of Ireland, including Bray.

In AD 1290, Christina petitioned King Edward I of England (as Lord of Ireland) to exchange all her Irish lands for equivalent possessions in England.  With this transaction the last of the de Ridelesford descendants severed their links with Bray, and the manor passed into royal hands.